Up until recently, things have been a little chaotic behind the screen a few weeks ago because while I was in the preliminary stages of setting up this blog, I was also in the process of moving a few towns over from where I grew up.

Despite the frustration and overall hectic nature of the event, I was able to find some enjoyment in painting my new bedroom—or, more accurately, looking at paint swatches. This was the first time since around the seventh grade that I was able to change the color of my surroundings, so you can imagine how long I spent in front of displays, comparing shades, deciding on something, and then changing my mind all over again.

Meanwhile, the project I’m in the process of editing has undergone an alteration that resulted in character CR being given a chance to wear an outfit other than his servants’ livery. Giving him new street clothes, although fun, presented a number of questions. What’s his style outside of work? How do his clothes fit? What color would he wear if given the choice?

That last question was rather tricky to answer. Color has become one of my main outlets for displaying symbolism throughout this piece, making it was an important factor in crafting this new scenario. As this is about the only scene where CR’s clothes aren’t mandated by his workplace and he isn’t trying to fit in anywhere, I figured it was only fair to let him wear his favorite color: blue. From there, it became a matter of figuring out what shade. How light or dark? What color could I pair with it if I decided he would wear something with a pattern?

While at one of the local hardware stores on an expedition to browse the paint department to get some inspiration for my new bedroom, I looked at a few sample schemes for the burgundy tones featuring suggested combinations for several hues and it occurred to me that I could use the swatches as a way of putting together a character’s outfit.

I had already planned on putting him in black pants and a white shirt, so my focus was mostly on the waistcoat. I grabbed a variety of swatches from the display and stuffed them in my bag for later reference.

“He strolled into the room, wearing a shirt of Shark Fin and casting a mischievous smirk in her direction”

“The Saxophone Solo hue of his eyes washed over her”

but having the visuals there in front of you can be such a help in piecing it all together.

This idea is not limited to just walls and clothing, either.

The next draft of this particular project will have me redesigning the manor house, so I took a stroll through the masonry department and grabbed a few swatches of their granite varieties. Even though they aren’t the stones themselves, doing this can give a fairly good idea of how the different colors and patterns would look in different weather and times of the day. I’m planning to have them propped against the window in my writing space once it’s more set up.

That said, my bedroom walls are a lovely Bold Sangria, and CR will don a waistcoat of Coastal Jetty, possibly striped with Tsunami or Compass Blue.

Have you used paint swatches or similar in your writing process? Do you know of any other tricks to help hone in on the details of a scene? Let me know below! 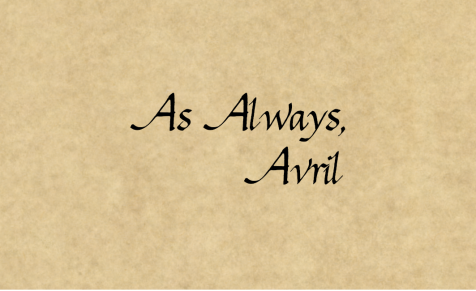 One thought on “Switching Up Description With Paint Swatches”